Dave Ramsey’s Debt Snowball Method Is Not The Best

By now, most of you have probably heard of the famous Debt Snowball method, developed by Dave Ramsey himself. The method is designed to help those in debt to get out of debt as quickly as possible. Personally, I think this is a great method with very high success rate and I support it 100%. However, it simply is not the most economical method to eliminate debt. You will often end up paying more in interest and will sometimes even take you longer than the traditional ways of eliminating debt. 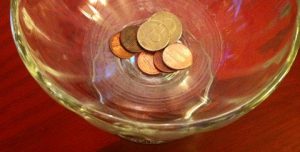 Debt Snowball
You see, the debt snowball method calls for eliminating the debt that has the least outstanding balance, regardless of interest rate or terms of the loan. For example, if you have two credit cards with debt you want to eliminate, you would put maximum effort in paying down the card with the lower balance off first while paying just the minimum amount due on the other card. When the first card is finally paid off, then you would proceed in putting maximum effort in paying down on the remaining card.

So, why does Dave Ramsey tell us to pay off Credit Card A first, the card with lower balance and lower interest rate in this scenario? Financially, it just doesn’t make any sense.

Financial Responsibility
It can be safely assumed that if you carry two credit balances that total $15,000 in debt, then you are a financially irresponsible person. A financially responsible person would not be put themselves in a situation where they would be in such a big debt, especially of the credit card variety. Additionally, in order to become debt free after putting yourself in debt to begin with, it requires even greater financial responsibility. You could apply for a free balance transfer credit card and transfer the balances to avoid paying interest for the time being, but without financial responsibility, you could end up worse than you were before. Odds would indicate that such person would not be able to come out debt by their own accord, without getting help from someone else. That’s where the Debt Snowball method comes in.

It’s All Mental
Debt elimination, along with other addiction like smoking and gambling requires a great mental advantage in order to become successful. You just have to force yourself to do it! Dave Ramsey insists that personal finance is 80% behavioral and 20% knowledge. With debt snowball, by eliminating the one with the lowest debt, the gratification of having some sort of success will come sooner, which will motivate you to keep going. In contrast, if the highest debt balance has the highest interest rate as well, it will take longer time before fully eliminating it. Not seeing the results right away may sway you into giving up prematurely.

It might be a bad example with only two credit cards, but imagine if you had 12 credit cards with debt in all cards. Trying to eliminate the debt all at once will be a struggle. But by attacking the card with the lowest balance first will result in a higher rate of success.